WHAT IS IN YOUR OAT LATTE, ANYWAY? 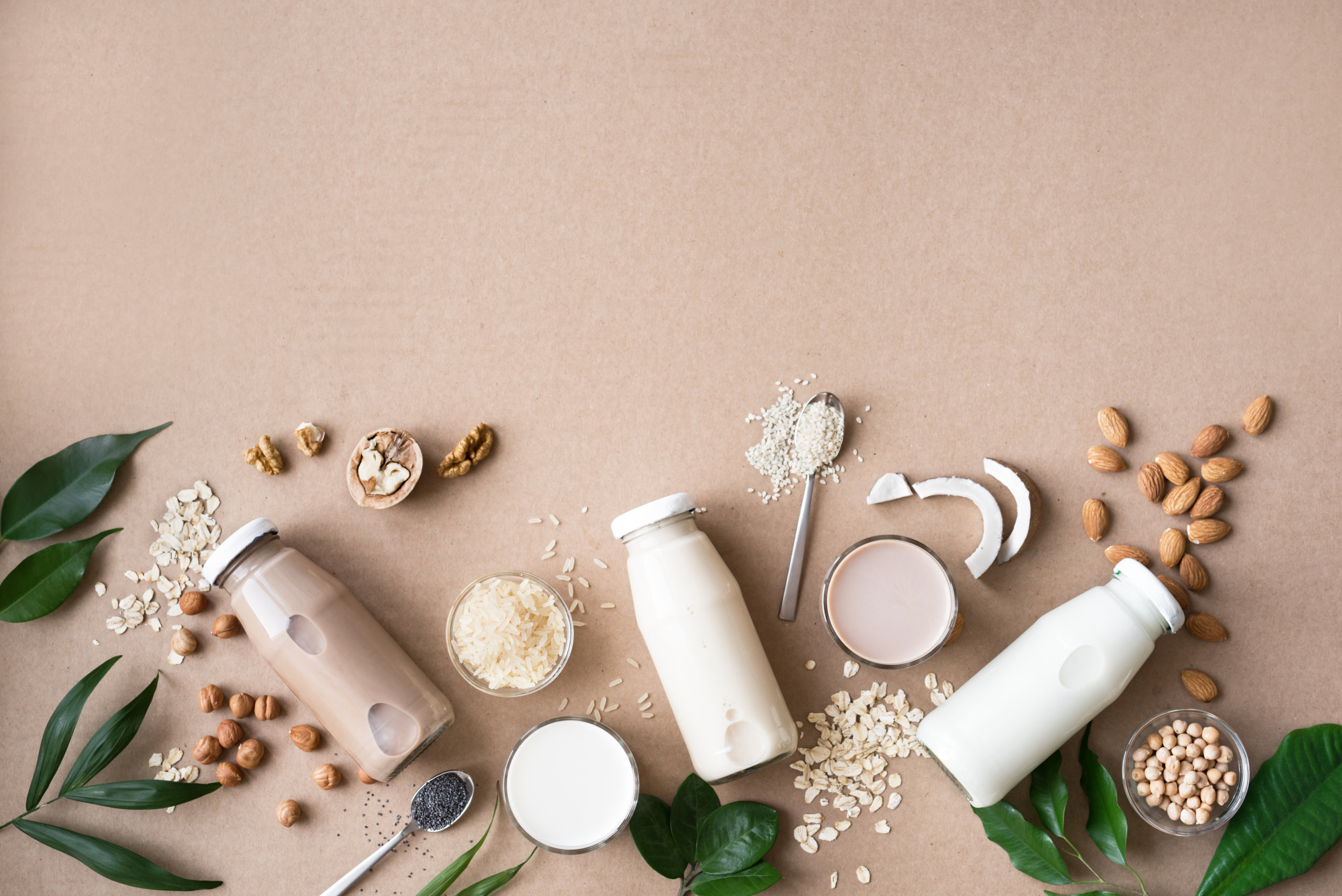 Do you know your oat latte from your soya mocha, your hazelnut flat white from your coconut frappé? With the meteoric rise in popularity of alternative m*lks (if that’s what we’re supposed to call it), there’s a growing trend for having no idea whatsoever about what’s actually in your coffee companion. (Hint: there’s a lot more than you may think!)

As consumers, we often take it for granted that what’s on the label is in the product in abundance. With the explosion of plant-based products on the market, it’s easy to become complacent and believe we are living healthier lives by substituting cow’s milk. And there is some truth in that. But we all need to be a lot more savvy about what we’re downing in bucket-loads by the day….

Here are some simple tips and clear guidance about choosing products (in the UK) that are healthier versions – and importantly, cleaner too. That is, they only consist of the basic ingredients: nuts (or plants) & water.

• Read the ingredients list: it is in order of highest proportion to the lowest. Most of the plant-based drinks have a percentage % of plant / nuts, so you know how much you’re consuming
• Let’s take Plenish. Its almond m*lk is 6% almond vs Rude Health which is 1%. That’s a big difference and not a lot of nut, either way.
• While we’re on the topic of Rude Health (a brand I really like, but not their m*lk) their first three ingredients are: Water, Organic Rice, Almonds (1%) – what’s with the rice??? I, for one, would rather eat rice than drink it. Who knew our drinks have suddenly turned into liquid carbs?
• Look out for sugar! Alpro advertises 100% plant-based products, yet their original almond milk is 2.3% almond and the third ingredient is sugar (then stabilisers and emulsifiers). So, if choosing Alrpro go for the unsweetened version instead.
• Oatly is most certainly my favourite choice when it comes to oat m*lk. However, their fresh version is not only more expensive, but it also has an acidity regulator that the long-life version does not. [NB. Plenish has an oat milk that I have not yet tasted so I cannot comment. However, they do not add the oils or minerals / vitamins that Oatly does.] My husband thinks the Oatly barista version is the best for frothy coffee!
• The only coconut m*lk I would recommend is Lucy Bee. It’s 99.9% coconut vs other brands that add rice, while their coconut content is only 5%

I have not had soya milk for some time. For anyone who suffers with a dairy intolerance, soya milk has the same protein as cow / goat’s milk – so is not a viable alternative. There continues to be debate as to whether soya products are indeed healthy, as originally thought, or whether they may actually be detrimental. More research is needed in this field – so, I’ll report back on that as soon as I have some new insight.

The UK – well London, certainly – seems to have the alternative m*lk market nailed. But, whenever I am travelling with checked luggage, I often take my own supplies – mostly because I cannot find good quality plant-based drinks in the supermarkets elsewhere. That, or they’re full of sugar and taste awful. Hotels that don’t provide plant-based drinks have so far seemed very happy for me to use my own supplies to make a latte each day.

When looking at the nutritional value, here are some important facts and why my tip 1 above is so critical:

• The protein value in cow’s milk is 3.5g /100mL vs 1g in Oatly and 1.6g in Lucy Bee coconut m*lk. Almond m*lk significantly varies by product from 0.2g in Rude Health to 1.3g / 100mL in Plenish.
• Unless any of the plant-based drinks have added calcium, you should assume they do not – and you will need to substitute this in other ways in your diet.
• The fat content also varies significantly. So, 100mL of semi-skimmed cow’s milk is 1.6g fat vs 3.7g in the full fat version. Surprisingly, Oatly long life version is 1.5g fat vs the fresh version which is 2.8g. Again, the almond m*lks differ significantly and, I guess, it’s no surprise that with the higher nut content, Plenish has 3.1g fat vs Alpro with just 1.1g. What I would say here, though, is the fat in almonds is all ‘good fat’ so unless you’re purposefully restricting fat in your diet, I wouldn’t worry too much.

So, now you have a bit more information and knowledge, are you ready to take the plunge and give a plant-based m*ilk a go? If you are, my advice is that the easiest switch is oat m*lk. It has the same sort of creaminess as cow’s milk, so will be less of a shock to the system.

Most coffee shops will stock Oatly but if they don’t, ask them if they would or find an alternative coffee shop!

In case you were wondering, my personal favourite is Plenish Hazelnut m*lk in my latte at home each morning and Plenish unsweetened almond milk on my porridge – but that’s just my choice.

I would love to hear how you get on and whether the switch makes any difference to you! bernadette@rosbyconsulting.com.